Make the Switch to a Switchel 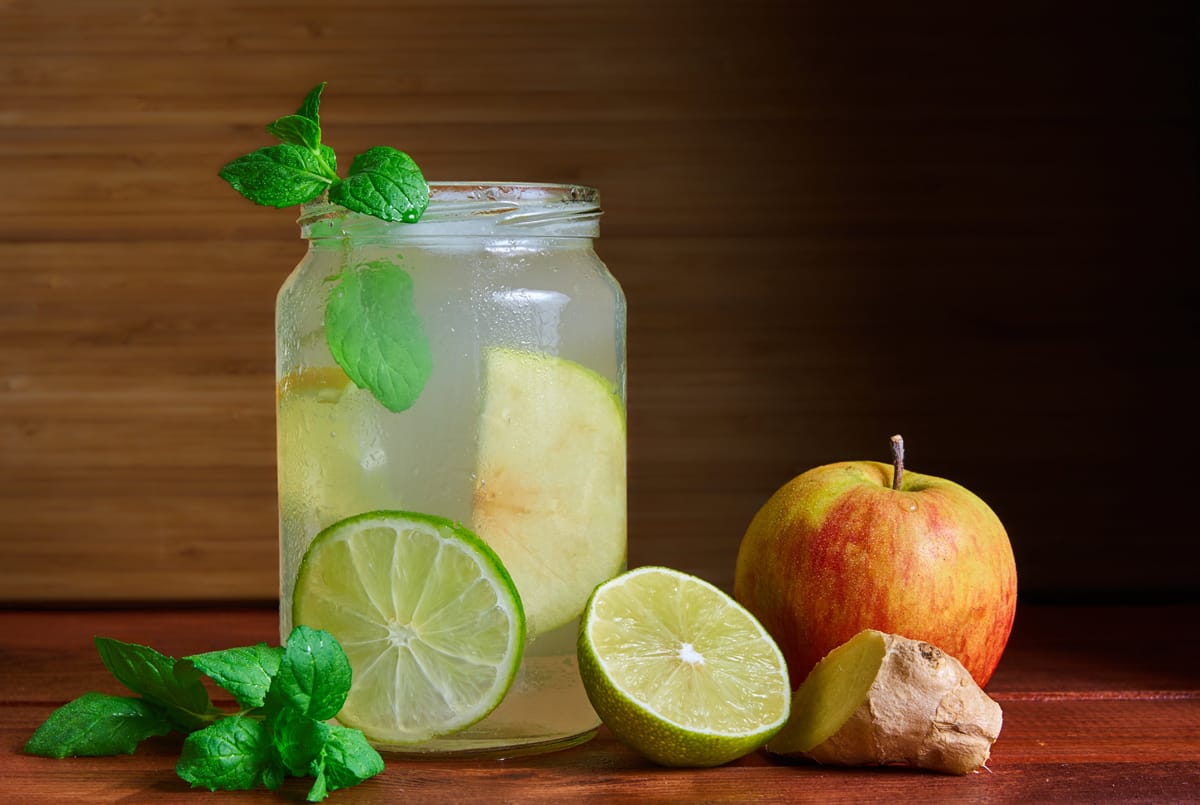 Say what? What is a “switchel?” You might know it as one of its other aliases—a switzel, swizzle, ginger-water, haymaker’s punch, switchy…the list goes on. Still not ringing a bell? All you need to know for now is that they’re super good for you and easy to make, too. You’ll want to be drinking ‘em down all year long.

A switchel is a cold drink made of water, apple cider vinegar (ACV), ginger and some kind of sweetener, most commonly molasses or maple syrup. The drink originated around the 1700s in the Caribbean, but when brought to America, it was most commonly enjoyed by Amish communities after long days of plowing and working under the summer sun.

It’s simple and quick to make—for 8 servings, just combine 2 quarts of purified water, ½ cup of ACV, ½ cup of a sweetener of your choice (we recommend molasses!) and 2 teaspoons of fresh ginger, then refrigerate. For an optional health-kick, sprinkle in some turmeric and cardamom. Enjoy over ice or alone, whatever’s clever.

WHY IS IT HEALTHY?

If you didn’t already know, ACV has a myriad of health benefits, including better digestion, increased gut health and even reducing the impact of sugary foods. Hailed as the “old-fashioned energy drink,” the switchel gives you all of those yummy ACV benefits while helping you keep away from soda cravings and stay hydrated and refreshed.

While ACV on its own can be too acidic for your teeth and esophagus, diluting it with purified water (win!) and flavoring it with fresh ginger (win, win!) makes it palatable with all the benefits. ACV contains good bacteria that promote awesome gut health, similar to Kombucha. It’s even been shown to kill Enterococcus faecalis, a naturally-occurring gut bacteria that can cause infections in unhealthy humans. In addition to its antibacterial properties, ACV can aid in weight loss and even lower your blood sugar and regulate your cholesterol and triglycerides.

Aside from ACV, ginger has its own complex range of health benefits worth reaping. For starters, its main bioactive compound, gingerol, is responsible for its powerful anti-inflammatory and antioxidant effects. In addition, ginger has been proven to treat nausea (specifically during pregnancies), reduce muscle soreness and improve risks of heart disease. All that and more truly defines this root as a superfood.

Primo water ensures you’re getting water at its finest state—safer, cleaner and better for all. And since water is the basis of a switchel, nothing is more important than making it with a reliable foundation.

Tap water can often be tainted with bacteria, heavy metals and trace pharmeceuticals. Lead is a particular contaminate that is of concern, as EPA and CDC officials cannot stop metal pipes from corroding and giving off small amounts in public water supplies. Over time, lead can bioaccumulate in your body, leaving your health at risk. Making your switchel with tap water could potentially negate all the amazing benefits from ACV and ginger mentioned above.

While bottled water might seem like the next choice, beware of its origin. Some companies aren’t required to disclose where their water comes from, leaving you guessing. And though most bottled water companies are making the push to be BPA (bisphenol A)-free, microplastics and chemicals can still inhabit your bottled water. Your delicious, refreshing switchel deserves better!

MAKE THE SWITCHEL TO PRIMO.

Primo® water takes the worry out of water, plain and simple. With our 9-step Reverse Osmosis (RO) purification system, we completely eliminate contaminates like bacteria, lead and other heavy metals and trace pharmeceuticals. Not only do we leave you with pure, delicious water, but we help save the environment, too. With every 5-gallon bottle of Primo, you can help save 1,100 single-serve plastic bottles from the ocean.

Switchels are full of health benefits, but it shouldn’t stop at the ACV and ginger—make it complete with Primo® water. It’s the only water that’ll have you itching to get outside this summer—that’s what we call The Primo Effect. See where you can buy Primo at a location near you.