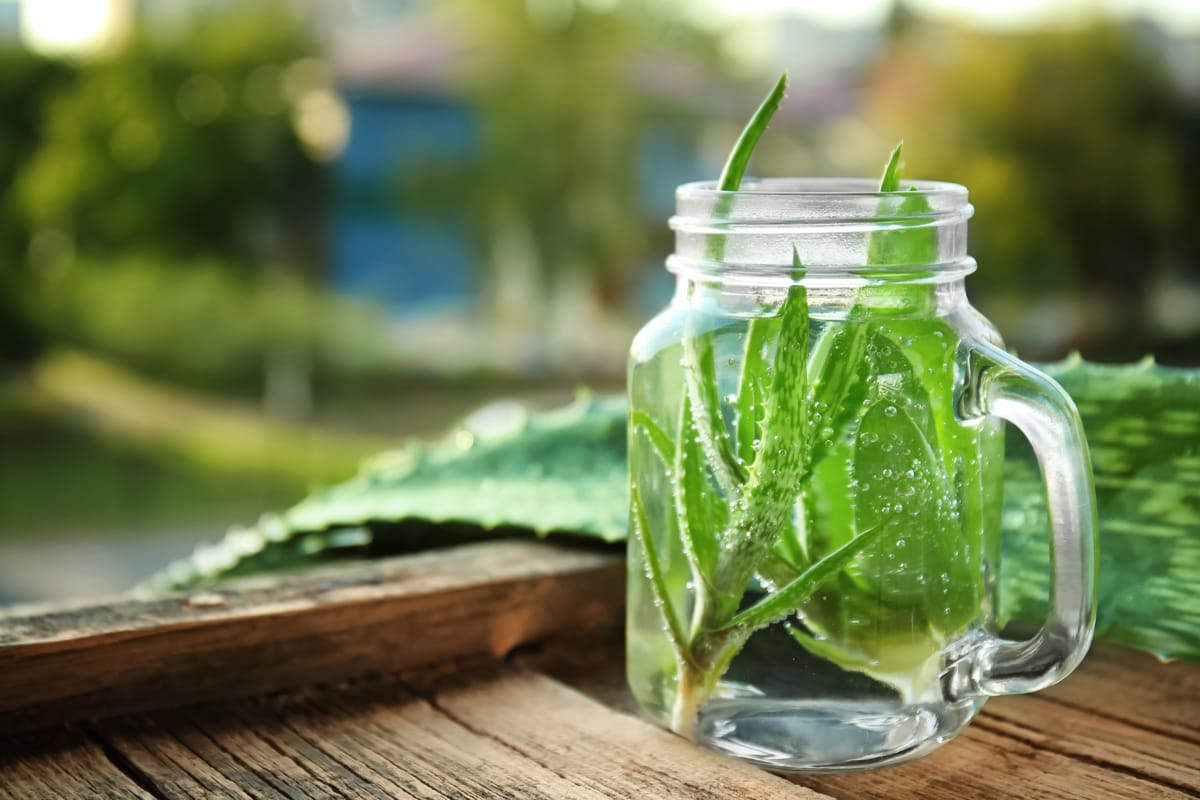 Summer is already upon us, bringing more sun-filled adventures, perhaps on the beach or at the lake. But unfortunately, that means a higher risk of sunburns. We all know that aloe vera, its full name, is a famous cure-all for sun-related issues, but did you know it has even more benefits if consumed? That’s why so many are now adding aloe to their water as an extra-hydrating, extra-cooling summer treat.

Aloe is a bright green plant with thick, short stems filled with super water-absorbent tissues. When you break a stem off an aloe plant, you’ve hit gold—the slimy substance underneath the surface that packs a vitamins-and-minerals punch. In fact, aloe has been used for centuries, first by ancient Egyptian communities almost 6,000 years ago, for cosmetic and medicinal purposes. It’s been recorded that both Cleopatra and Nofretete used its “gel” for their daily skin and beauty care. 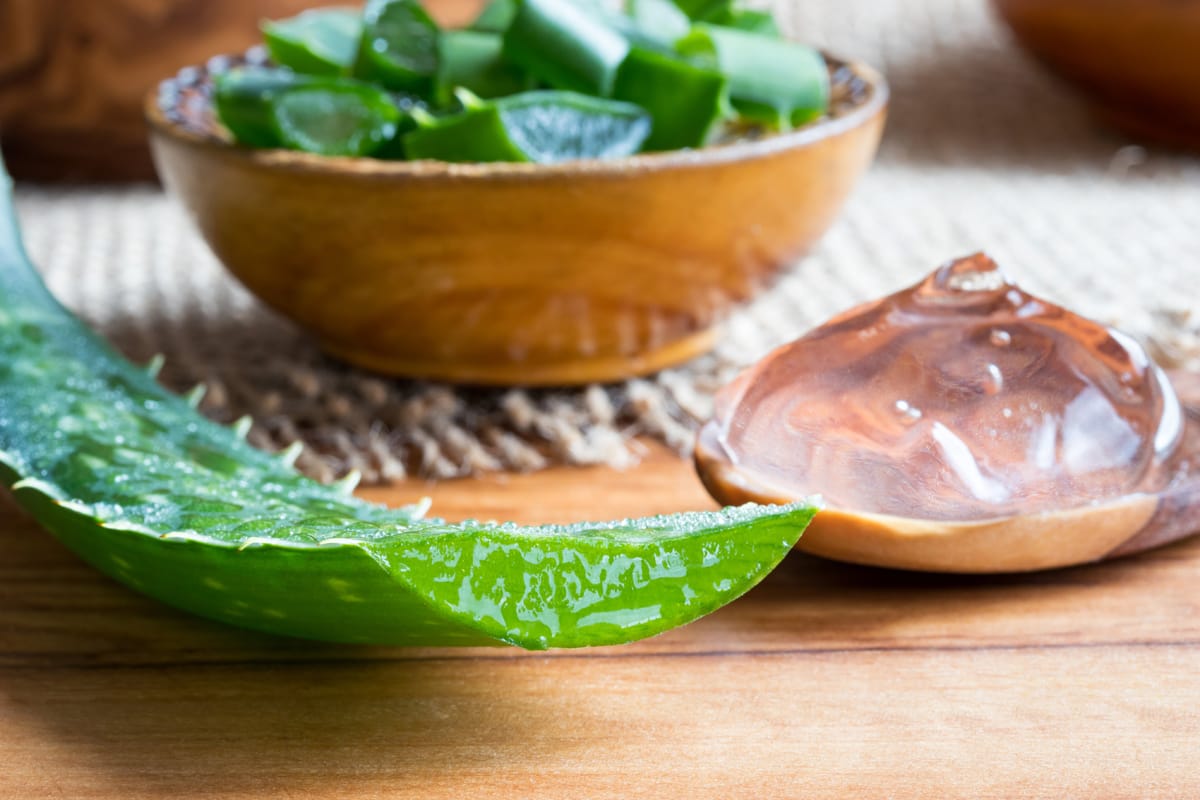 Aloe gel is jam-packed with powerful antioxidants called polyphenols that decrease the growth of infectious bacteria. That’s just one of the reasons for its most-common use, to treat burns. When rubbed on the skin, aloe can help accelerate the healing of first- and second-degree burns. In fact, a study showed that aloe could shorten healing time by nine days compared to conventional medication. In that same realm, aloe is also great for treating canker sores and ulcers.

Pro-tip: freeze a mixture of aloe gel and purified water in an ice tray for extra cooling relief on burns or scrapes. Or, add them to a glass of water! 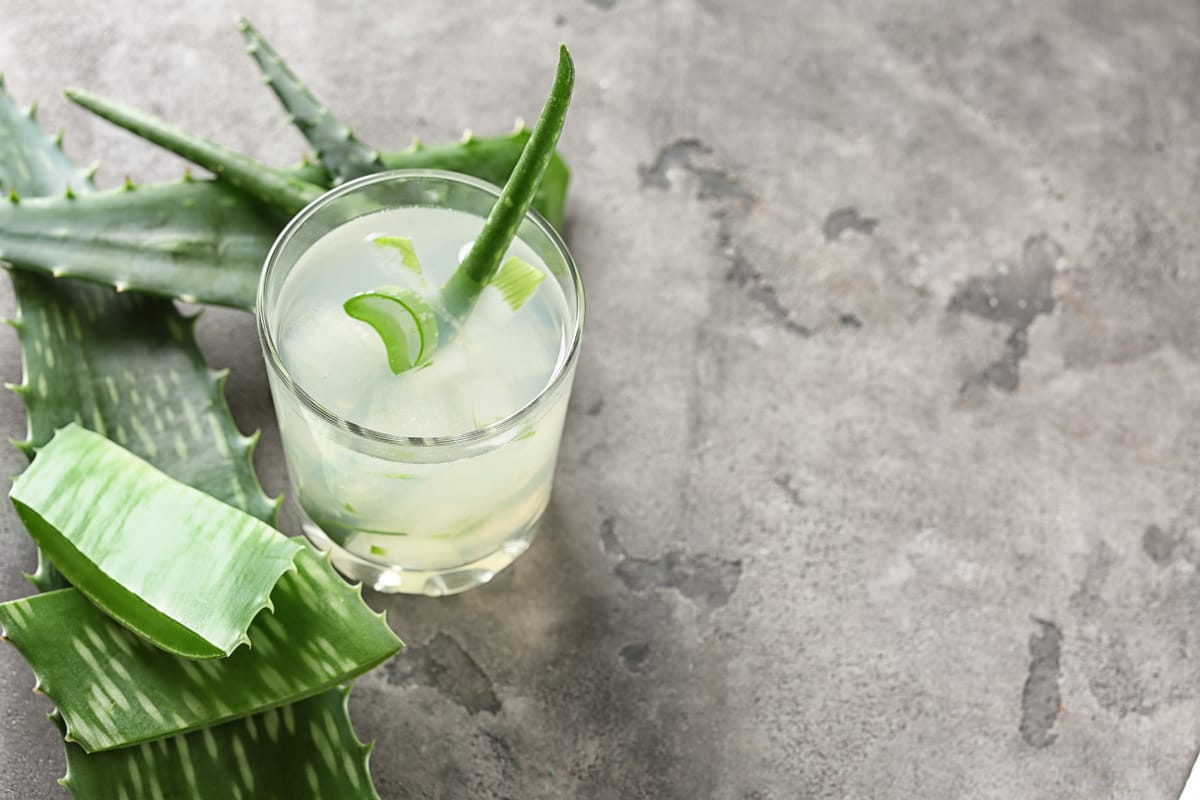 Many just use aloe as a topical medicine, but few unlock its full potential by ingesting it. Adding aloe to your daily water intake can give you an even larger range of health benefits. For example, a study suggested that aloe juice as a mouth rinse was just as effective in killing plaque-producing bacterium as chlorhexidine in standard mouthwash.

In addition, aloe’s latex (the yellow residue under the green leaf) has also been shown to decrease your risk of constipation. Its concentration of aloin, a proven laxative compound, is cause for this. Though, bear in mind that constant use of laxatives can wreak havoc on your digestive tract and your overall wellbeing.

Another notable benefit from aloe is its ability to lower blood sugar levels as a diabetes remedy. The gel from aloe enhances insulin sensitivity, helping improve blood sugar management. In many studies regarding type 2 diabetics, researchers found positive results from consuming aloe. 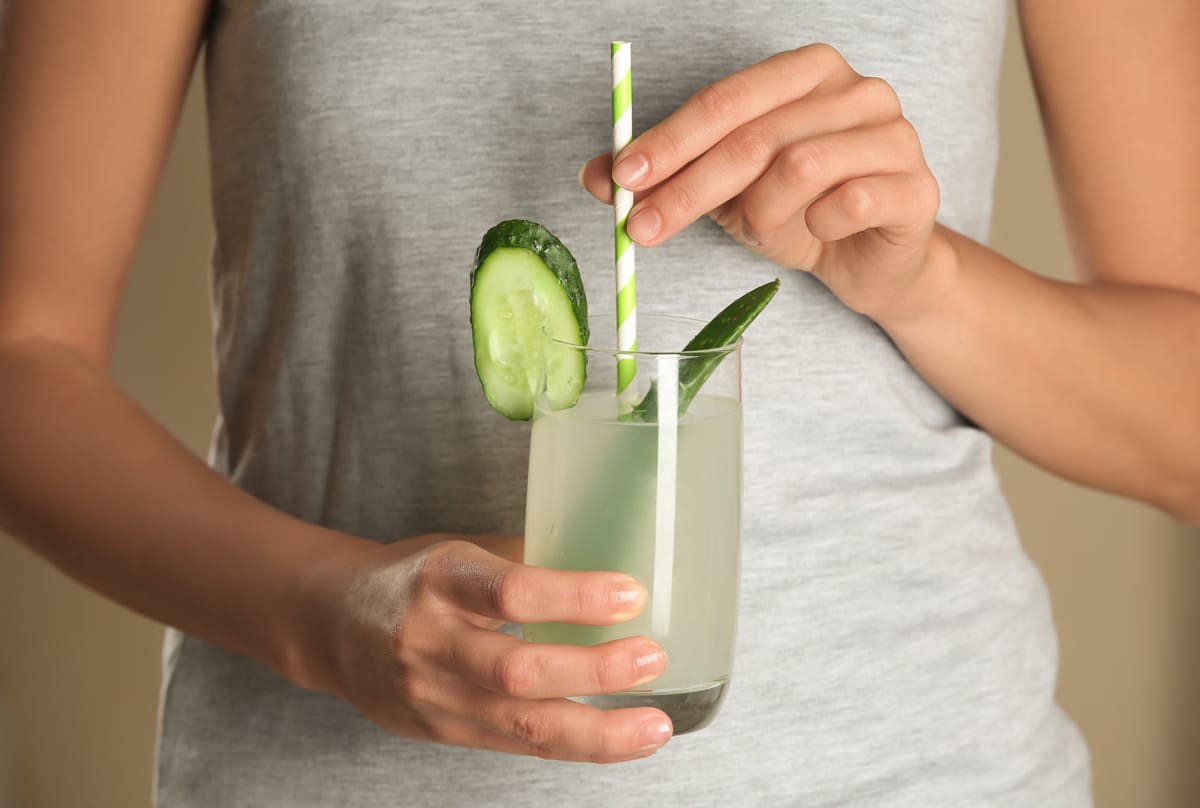 Aloe water is a new trend that’s sweeping over summer. But don’t worry—it doesn’t have to be something fancy. Here’s a simple recipe to kickstart your healthy hydration:

*Keep juice refrigerated. Juice will keep for up to a week. 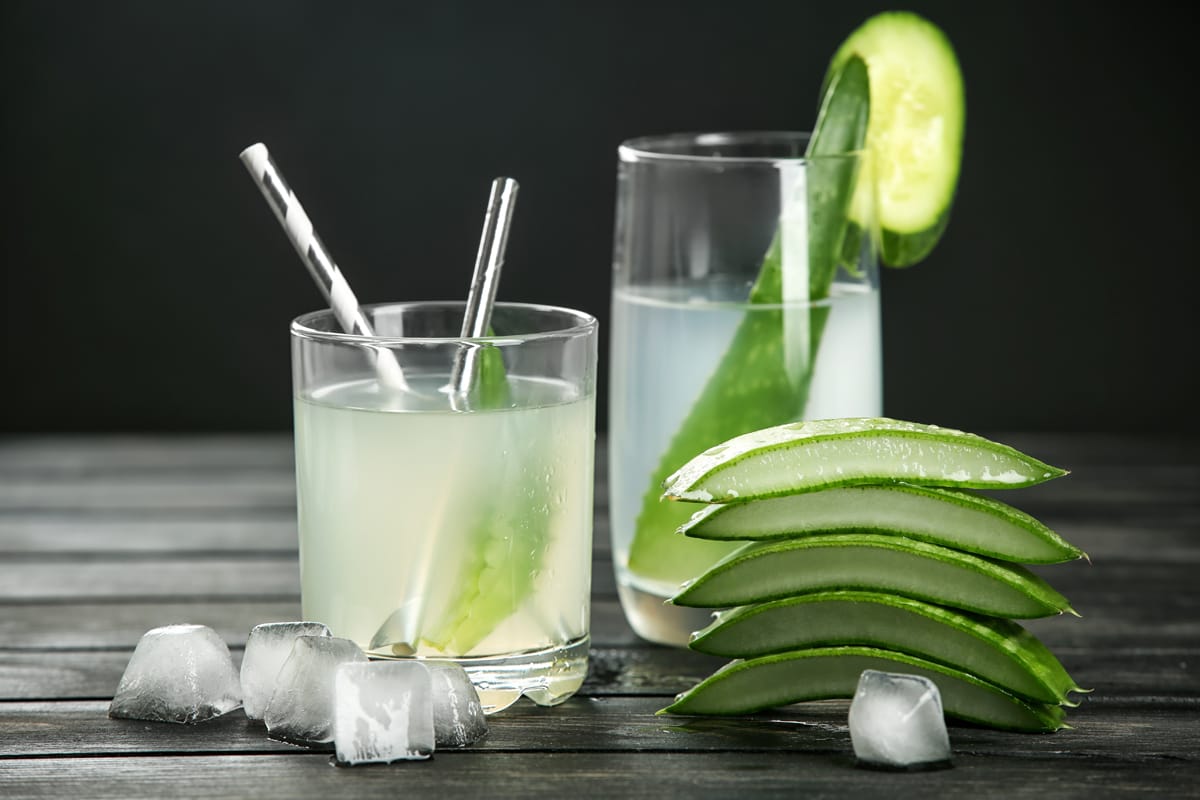 While you can get some pretty awesome health benefits from consuming aloe, what would be the use if you’re not adding it to high-quality water? Many taps across the country offer contaminated water full of harmful bacteria, pesticide residue, lead and more. But when you choose Primo® Water, you’re opting for better, safer water that’s gone through a 5-step Reverse Osmosis (RO) purification system. That means no contaminants, period.

So next time you’re thinking about making your own aloe water, be sure and go the extra mile by using Primo® Water. Pretty soon, you’ll be the summer god or goddess you’ve always dreamed of being. We call that The Primo Effect. Something BIG is happening! Find a Primo® Water retailer near you.