Give Your Tummy Some Love with Homemade Kombucha 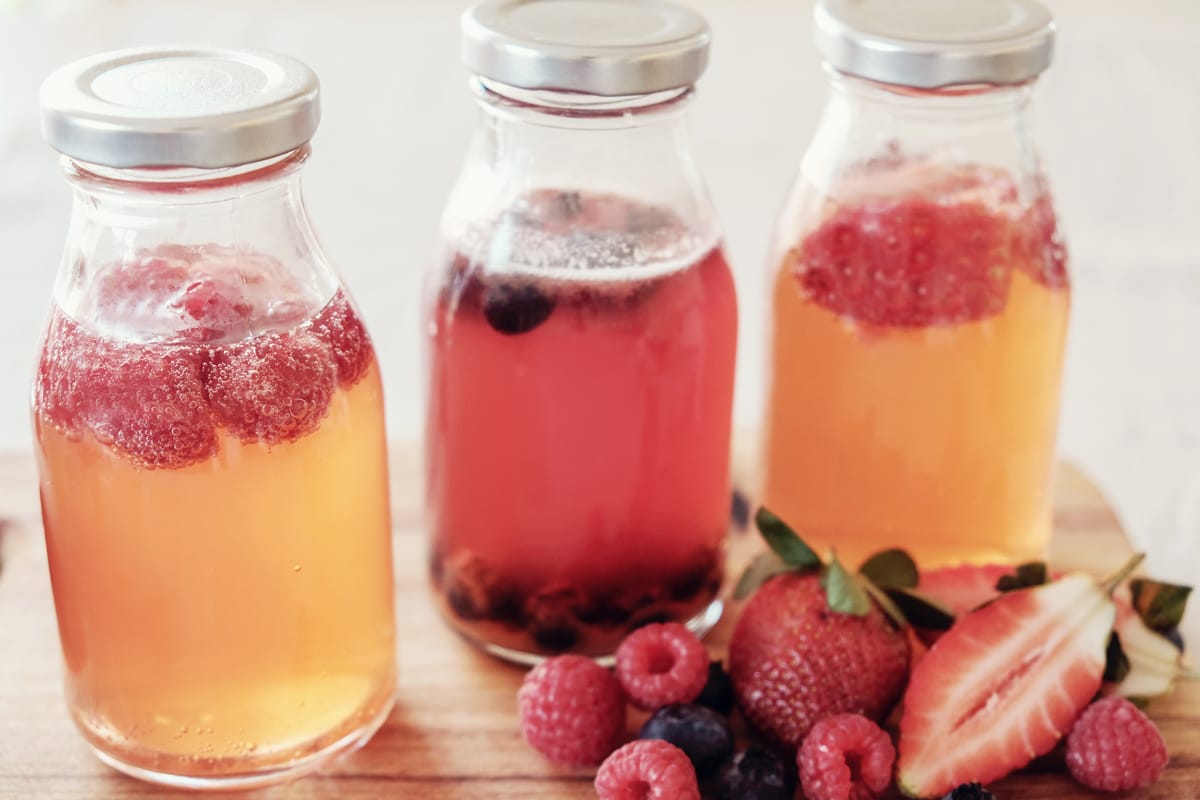 Many health fads took the U.S. by storm in 2019, but by far one of the most popular is the kombucha craze. And it’s not just because it tastes great. It’s because kombucha offers your body tons of health benefits, especially your stomach and gut. Here’s what you need to know about it!

Kombucha is a beverage made from yeast, sugar and fermented tea (either green or black tea). It’s fermented with a symbiotic colony of bacteria and yeast, also known as SCOBY (sometimes also called “the mother”). The yeast works the real magic, breaking down the sugar in the tea and releasing probiotic bacteria. After this process, it becomes carbonated, giving it a fun, fizzy taste. Kombucha can have a variety of flavors as well. 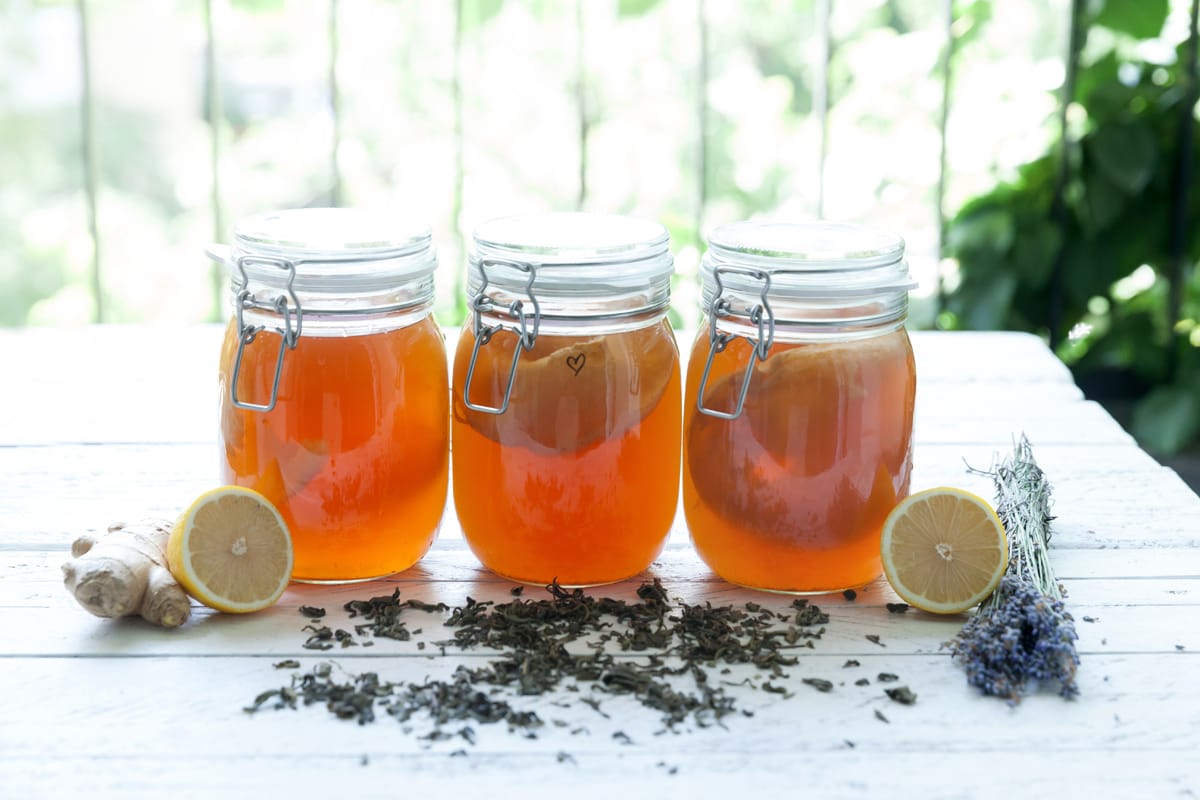 WHY’S IT GOOD FOR ME?

There are many schools of thought when it comes to kombucha’s incredible health benefits, but it’s safe to say its ultimate benefit is improving gut health. Since kombucha is filled with probiotics, it can help replenish the good bacteria that already lives in your gut. That helps combat diarrhea, and some believe it helps relieve symptoms of irritable bowel syndrome (IBS).

Another reason you should be drinking more kombucha is because of its acetic acid content. Also found in vinegar, acetic acid is another byproduct of kombucha’s fermentation process. This helps kombucha kill microbes, fighting a range of infection-causing bacteria before they’re absorbed.

Kombucha has also been shown to improve liver health thanks to its antioxidant content. This helps fight molecules that damage cells. A study in 2011 showed that kombucha actually helped reduce toxins in the liver while also reducing inflammation. 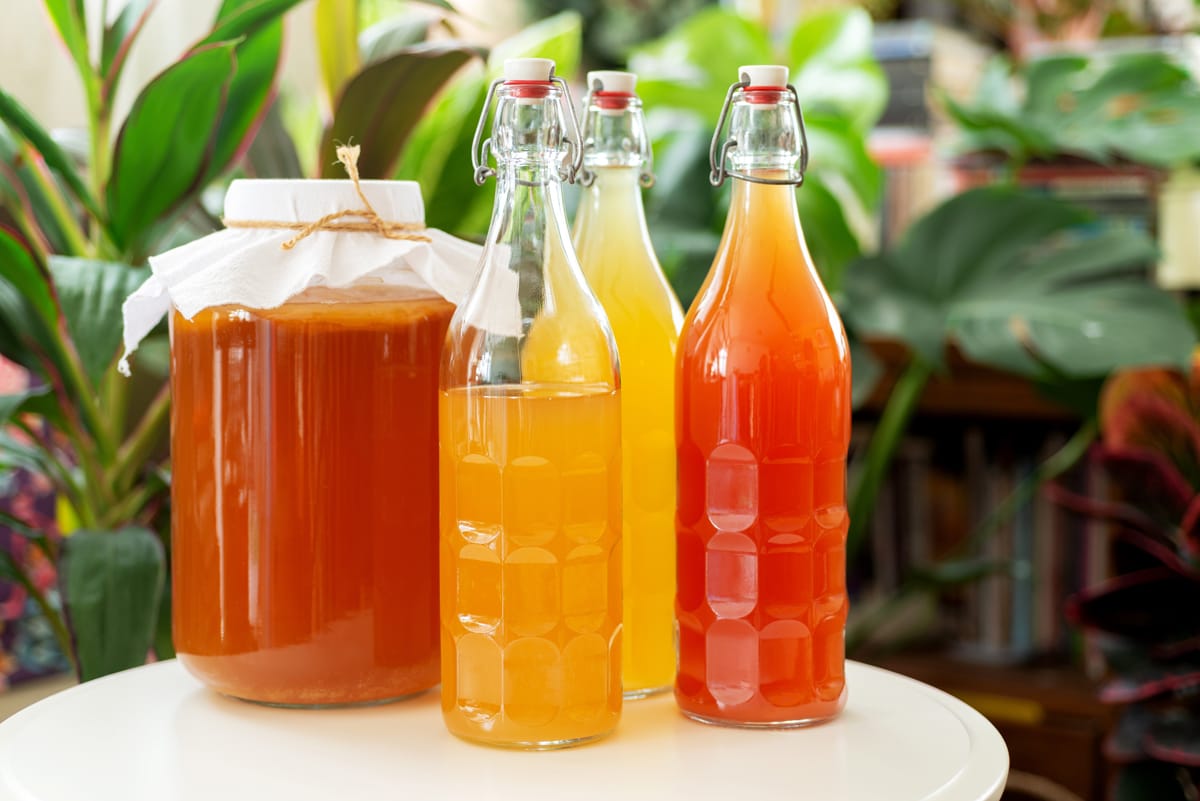 If you want to make your own kombucha, don’t fret. While the process might seem laborious, it’s worth the end product. Generally, making kombucha involves three steps: making your SCOBY, first fermentation and second fermentation (16 to 48 days). A few things to keep in mind:

At a surface level, you’ll make your SCOBY with a lot of clean water (we recommend Primo® Water), sugar, black tea bags (it must be black tea!) and unpasteurized, unflavored store-bought kombucha. Make sure your tea isn’t decaffeinated and don’t substitute the sugar for honey. Trust us! See here for more detailed instructions.

In the first fermentation, you’ll need more clean water (again, Primo is best!), more sugar, more tea bags (black or green this time!), more unflavored started kombucha and your newly grown SCOBY. Make sure your water is room temperature before adding the SCOBY so you don’t kill it! See more information about the first fermentation here.

The second fermentation is where the magic happens—when you can flavor your kombucha with yummy fruits and make it fizzy. You just need your kombucha from the first fermentation, sweetener (fruit juice, whole fruits, honey or sugar), and fermenting bottles that are airtight (canning jars will do okay, but they aren’t ideal). It’s important to make sure the pressure doesn’t become so high that your bottles explode. Read more here about second fermentation and how to conduct it safely. 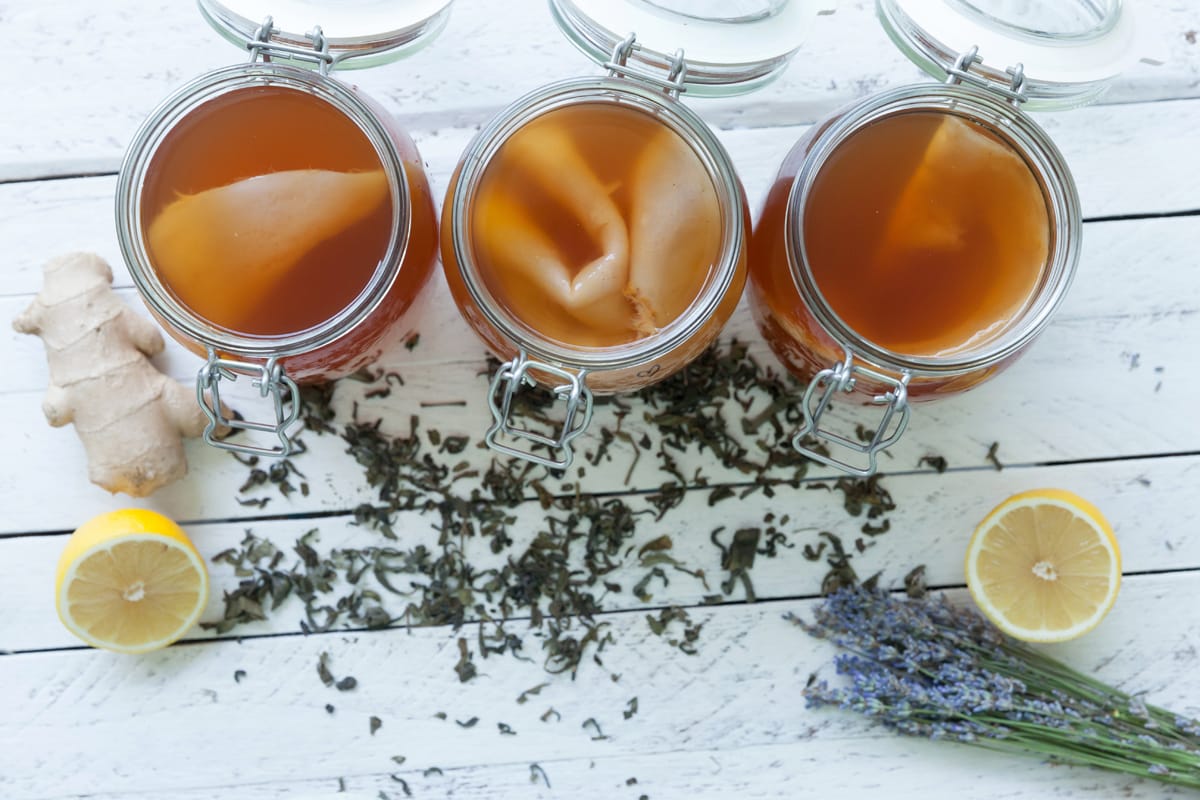 MAKING YOUR ‘BUCH WITH PRIMO

As you can tell, making homemade kombucha requires a lot of cleanliness. That includes the water you’re using! Without it, your “mother” won’t get what it needs to thrive and make the delicious kombucha you deserve. That’s why we recommend using Primo.

Primo® Water undergoes a 5-step Reverse Osmosis (RO) purification process that eliminates all heavy metals, harmful microorganisms, trace pharmaceuticals and more. It gives you an incredible base to make awesome kombucha. And, it’ll help you reap all its yummy benefits even better. What’s not to love? Find Primo near you and start your very own batch of kombucha today!